Fiona wanted to own a table that no one else had, and she wanted something that was functional and didn’t take up too much space.

On the internet, she found one piece of furniture that could be converted into another and decided that she would like a coffee table that could convert to a dining table. Fiona realized that it might be quite hard to find someone in Christchurch, who could make her brief. After making inquiries, she was told “it couldn’t be done,” a couple of times, then she rang Paul who said it could. 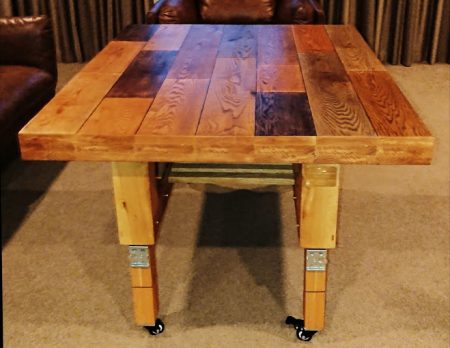 “As Paul began to develop my concept, there were moments when I had to trust the process.” recalls Fiona. “For example, I thought I heard him say on the phone that we are going to paint the table black! I thought ‘No! What is he doing with my table?’ I couldn’t get over to the workshop quick enough to find that I had completely misunderstood what he said!”

“I continued to trust what Paul was doing and it turned out far better than I expected. I had friends who were doubting my creation. I just stuck with Paul. He was able to further refine my ideas to meet my brief in a most effective manner and I am really pleased with the outcome. He saw a picture and stuck with what I wanted. I really appreciate that he was working with what I was visualizing.”

“I’m quite proud of it. I like to push the boundaries and got to do it by going to “No Boundaries Furniture.” With Paul, there were no boundaries in developing my vision. That was what I really appreciated.”Fiona Oloi, Christchurch 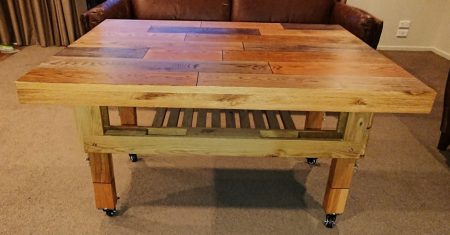