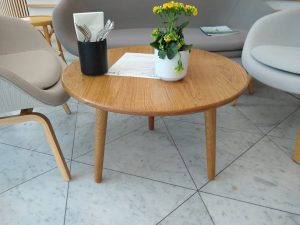 Tables in Arbo in the ANZ centre, Christchurch 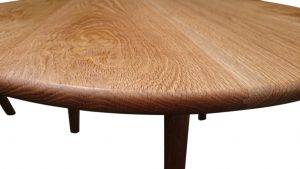 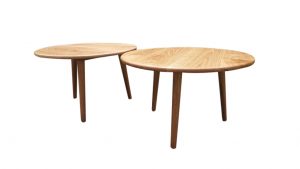 The two recently made tables

Not long ago, we were asked to make two Hans Wegner inspired coffee tables in rustic oak, by a local interior designer.  They are pared down in style and form and have their legs off-centre adding an element of unpredictability.

Who was Hans J. Wegner?

Hans J Wegner was  a world renown iconic Danish furniture designer who lived from 1914 until 2007.

He was a  prolific furniture creator and made almost 500 designs in his lifetime  and over 100 of his designs also went into mass production.

The son of a cobbler, Hans was apprenticed to a master cabinet maker. Following this, he joined the army and thereafter entered the Danish School of Arts and Crafts and the Architectural Academy in Copenhagen.

The  Carpenters’ Guild Furniture Exhibits were also a big influence on Wegner as it showcased the creativity of the best architects and furniture designers of the time.

Wegner became determined to be a designer who would sell and produce his furniture and he  also won several major design prizes.

After a period of working for  famous architects, he eventually formed his own company with a fellow architect.  In his later life, Hans designed many chairs for many well known manufacturers.

Wegner’s design philosophy was one of continuous purification, cutting down furniture to the simplest elements and even  his earliest pieces showed his signature style of stripping away the outer style of chairs.

Some very famous designs are: 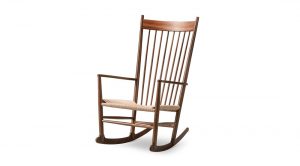 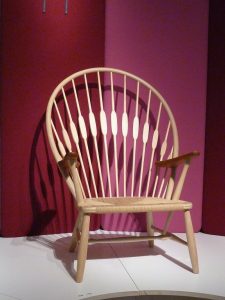 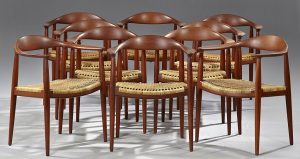 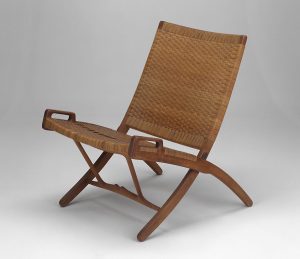 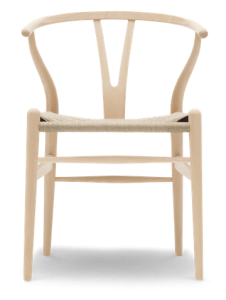