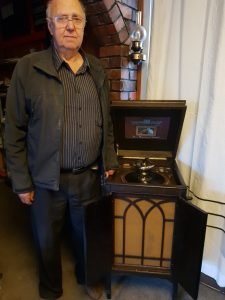 In 1959, Garry House of South New Brighton was 10 years old and helping his dad’s second cousin move into a retirement village. The elderly lady entrusted Garry with her beloved gramophone and records and asked him to look after it and keep it in the family. 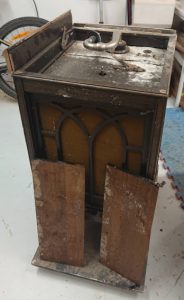 For about 20 years, Garry played the gramophone, however, eventually it was relegated to the back shed.  “For the next 35 years, it was moved from shed to shed and then  roof leaks caused by earthquakes did considerable damage.” 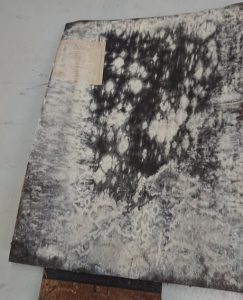 Early this year, Garry considered dumping the dilapidated gramophone, however, his mind flashed back to the elderly relative and the promise he made all those years ago.

Upon recommendation, Garry asked Paul to restore the woodwork who then took the record player apart, cleaned, restored and rebuilt parts that were beyond repair.

As a former engineer for Air New Zealand, Garry had no trouble looking at and fixing the mechanics.  After that,  Garry stripped and polished the metal parts back to their former shining glory.  To keep authenticity he ordered copies of the original stickers for Her Master’s Voice gramophone that was made in 1926 in England.  Further research uncovered that the gramophone was purchased from a Napier company called Lockyer in 1926. 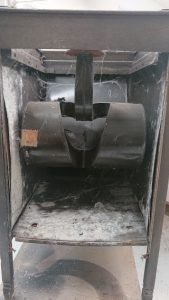 Delighted with his refurbishment project, Gary is looking forward to showing  his grandchildren a record player that works without electricity. He smiles, “They didn’t know how to use a rotary phone.” 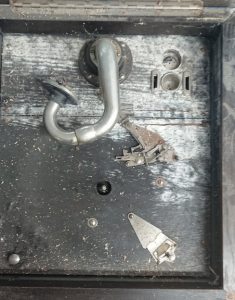 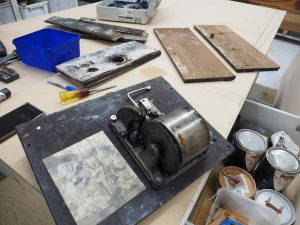 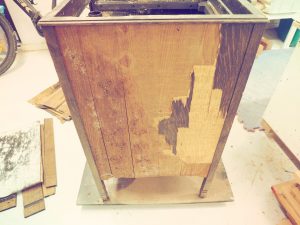 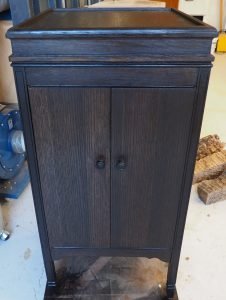 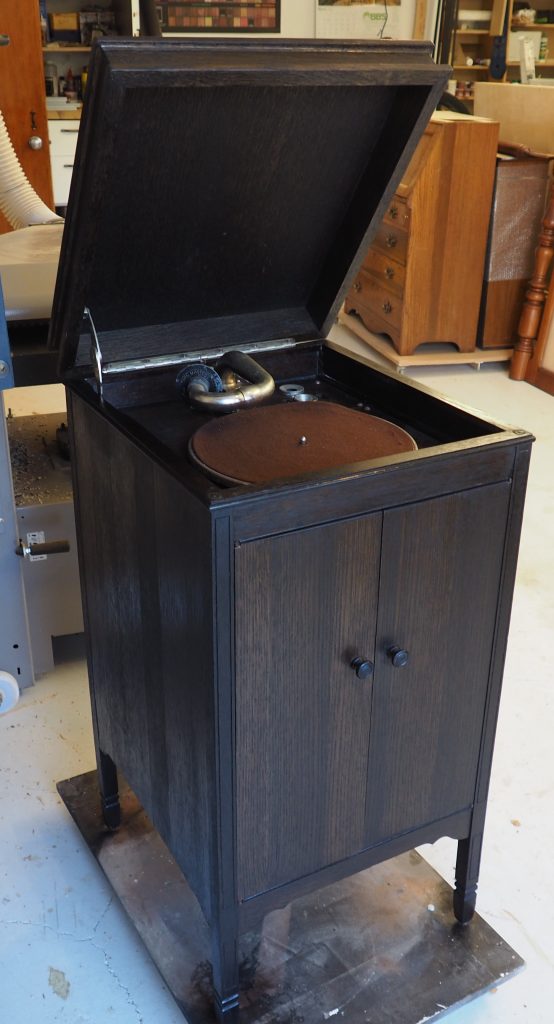 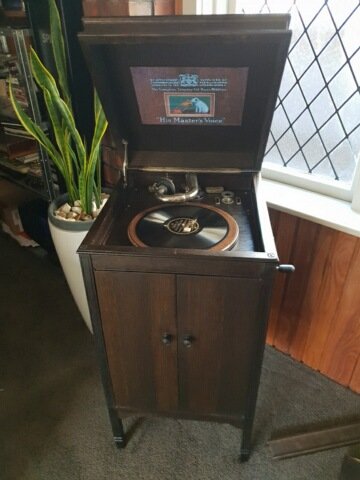